new world
Recently Released New World (video game) has dominated the gaming industry by a massive storm and received almost 128K "Very Positive" reviews on Steam. It features an open-ended world where the player moves freely across the land for the completion of objectives. Furthermore, the game involves you forging new destiny for yourself when playing the game as an adventurer on the magical island of Aeternum. There are endless opportunities you can utilize to battle against enemies. The introduction of a real-time combat system may keep you engaged for endless hours of fun. In many MMORPGs, crafting assumes a vital role in your victory. Without learning how to use weapons and armors in the game, you can't go so far; therefore, we are introducing New World Crafting Guide to help you understand how the system works. Before starting, you should learn about how many crafting skills are available and how to utilize them.
1.Weaponsmithing
2.Engineering
3.Arcana
4.Jewelcrafting
5.Cooking
6.Furnishing
7.Armoring
It would help if you kept in mind that leveling up your crafting skills is mandatory, though it could be a long and tedious process. However, using our tips and following our ways of New World Crafting, you can do it quickly. Everyone knows Crafting is the massive component of the video game where leveling up is possible using the crafting chest pieces, not defeating/killing vicious monsters. 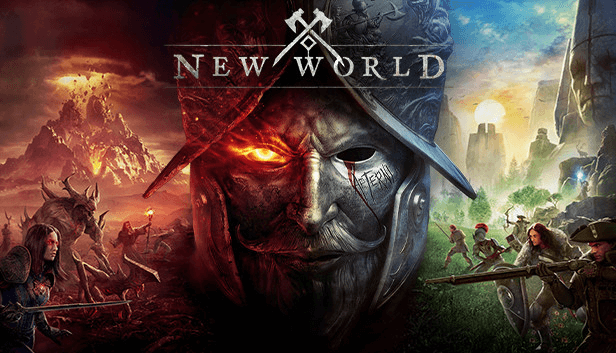 Firstly, dozens of ways are there that you can use to collect resources, ranging from Gold to Orichalcum. Apart from that, hundreds of items can be used by players to craft whatever they want, including furniture, armor, weapons, and more.

For crafting, the first need everyone needs are resources. When it comes to craft items, keep in mind that collecting resources is mandatory, and you should be familiar with places where you can manage those items. Like in RuneScape, you explore the land to cut down trees and mine rocks as your primary resources. Although you aren't allowed to collect everything you need to start the crafting process from the beginning of the game, you have to level your skills up in each role you are playing, including the following:
Logging
Mining
Keep these two things in mind whenever you are supposed to find resources for crafting items and many other things.
For example, the game won't let you mine gold until you reach level 45. Similarly, at a specific level, you may start tracking resources.
The said system may help you make crafting more accessible and offer you a way to travel for resources.
Note: you should keep in mind that the game won't display any system that helps you track all resources.
Besides that, using an interactive map may offer you a detailed overview of where to find targeted resources. It could be your best friend to recover new places for resources. After collecting resources, the next step is related to refining the items. 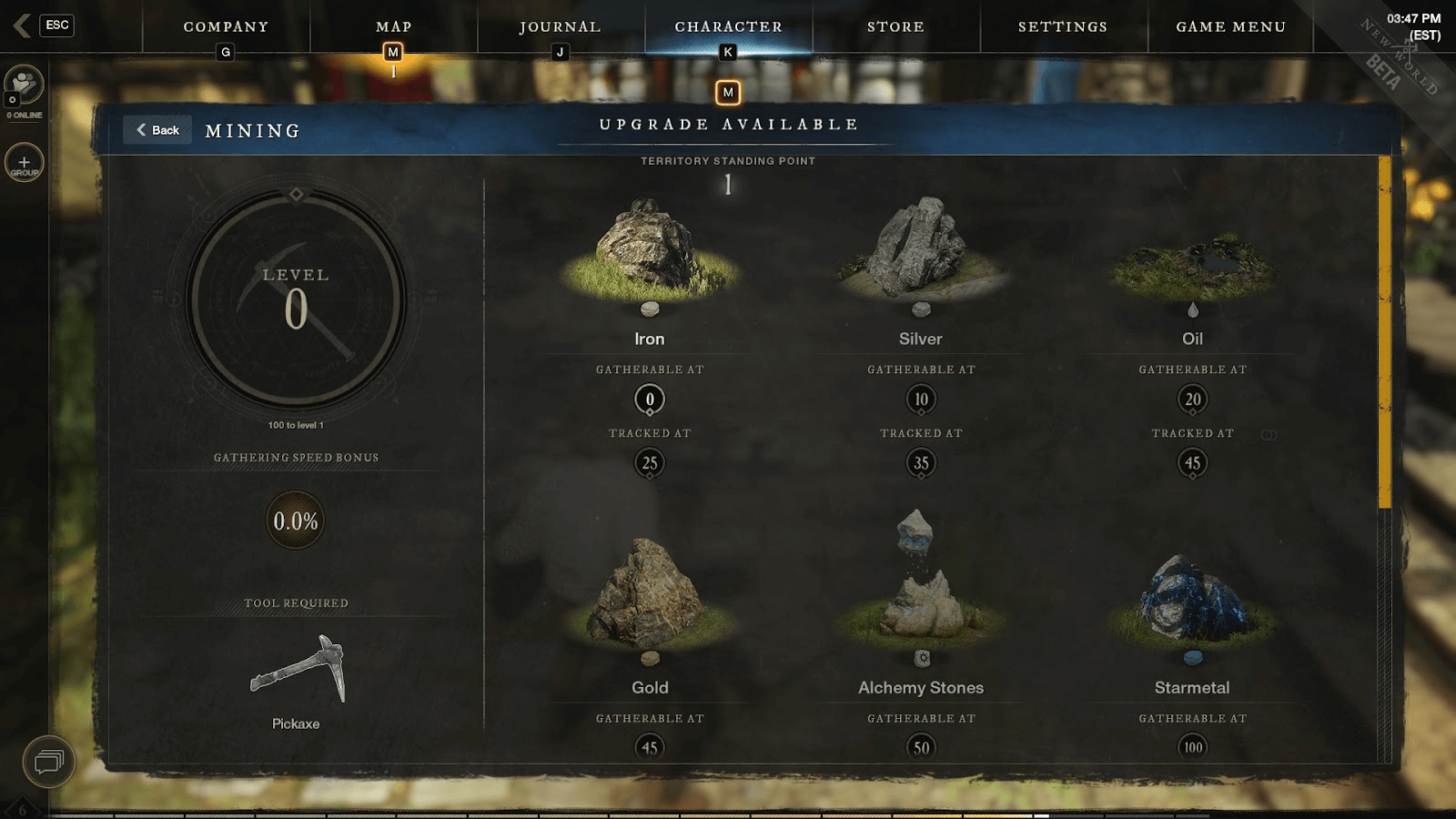 Refining is a process used to turn useless resources into valuable materials. It allows increasing the material's value while collecting experience following the procedure. However, the said method isn't as easy as it seems.
Different Workshops
When navigating the environment, you may discover a variety of locations, and each one has its unique requirements. It means all workshops require you to level up to work; however, in the beginning, no town will offer you a tier 3 workshop. Therefore, players from worldwide need to accomplish "Town Board" Missions to level up different areas in the town and the leader of the selected faction.
Tier 3 Refining
After workshops, you should learn about what Tier 3 Refining is and how it works. It introduces Reagents and comes with additional items that you can use during the crafting process to gain extra resources with different properties.

Once you have collected resources and refined them properly, you are about to turn them into something new and valuable gears. Must know that no one can craft anything incredibly at the beginning of the game, although everything can be done using the in-game currency. Most players can purchase New World Coins and Gold from trustworthy marketplaces.
Similar to other MMORPGs, New World introduces a new crafting system with unique skills and requirements.
Crafting isn't easy as it seems; therefore, you should select one thing to craft and keep sticking yourself with it for a while.
Discover new skills from your teammates and select the resources to craft gear accordingly.

Learn How to Level up Your Skills Fast

It's a fact, and there's no denying it. To level up your engineering skills, you have to craft hundreds of arrows and bullets as well. Keep in mind that some more significant items might offer you more experience points, but they cost you a lot of resources. 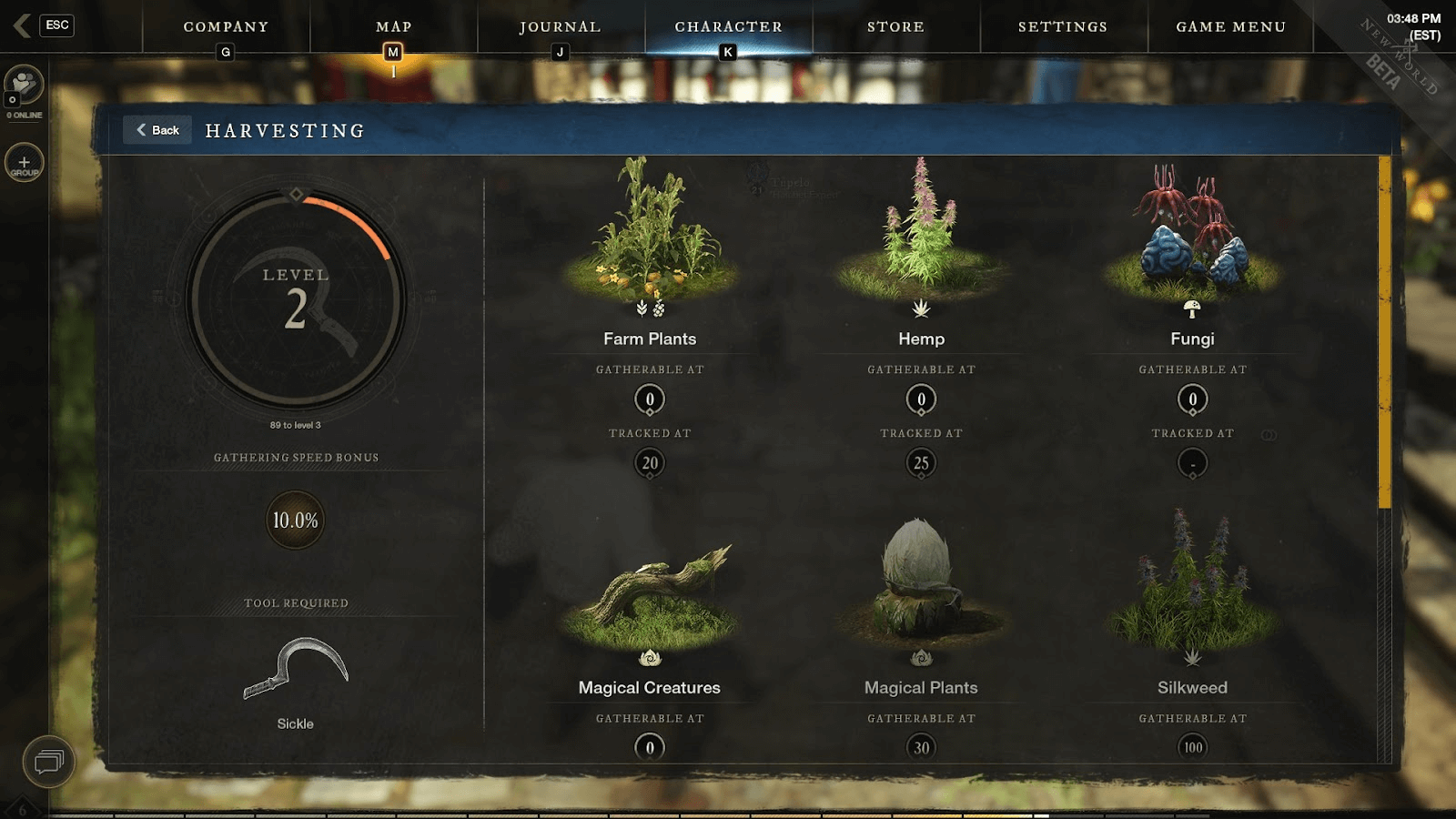 Craft Better Gears
Before learning about how to craft better items, you should know that there are two possible ways you can utilize to craft better gear, such as:
Adding Azoth
Adding Special Ingredients and Items
You can use special items to craft powerful weapons that those items can be discovered across Aeturnum.
Firstly, you need to add special items during the crafting process of any gear.
Specific items may offer you extra buff to the targeted weapons.
The opportunity of getting a high-tier perk may increase as you add some amount of Azoth.
Conclusion
You aren't only limited to using the mentioned steps only to improve your crafting skills. Asides, you can put more effort into your crafting gear to get something new to you and experience better gameplay. Crafting better gears isn't only limited to gameplay improvement, but it's also a way to sell items for a profit.