D2R
Diablo 2 is teeming with dangerous monsters. Here are a few of the most powerful, ranked by the difficulty of dealing with them. If there's one thing Blizzard's Diablo 2 can be accused of, it's that it's incredibly difficult. Diablo 2: Resurrected is the same. Because of the swarms of creatures, the player must deal with, this game is challenging and need more D2 resurrected items to become powerful. This list will not include bosses or super unique creatures – it will only consider the regular creatures encountered in Diablo 2. Finally, some character classes will have an easier time fighting some of these creatures than others, therefore the ranking of this list is rather subjective. Below are the top 10 most dangerous monsters of Diablo 2 Resurrected.

Fetishes are miniature animated dolls that can be found in the game's early stages. Many players are familiar with these creatures from Diablo 3, when they are summoned by the witch doctor. Character classes that rely on melee combat, such as paladins, may find fighting these animals extremely frustrating. They have a proclivity for blending in with their surroundings, making them difficult to notice. Blow-darts and knives are the weapons of choice for fetishes, and these darts are nearly impossible to see coming. To make matters worse, their blow-darts have such a long range that they may attack the player while they are off-screen. They also have a penchant of fleeing the player as the fetishes around them continue to attack. The reason why Vipers and snakes made the list is not because they charge attack and catch you very quickly but because the snakes in the halls of pain are bugged so that they deal their physical damage every tick instead of their poison damage when you are in their poison clouds which is obviously brutal and disgusting and capable of shredding through your life in seconds. The only reason why this didn’t make it to the top of the list is because you don’t encounter them quite as often and they are only bugged in the Nihlathak’s Temple and when you are in their poison all you have to do is not move and you’ll be fine. 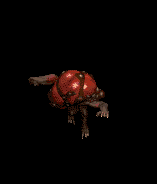 The bane of melee-based character builds are these vexing creatures. They are willing to commit suicide in order to murder their opponents, as the term implies. You could wonder, what's the problem with it. When they approach close to the player's character, they commit suicide by blowing up. This isn't a little detonation; these explosions have the potential to badly hurt or kill your character. It doesn't help that they're rarely seen alone; be ready to flee if a swarm of them appears out of nowhere. To avoid their explosives, one trick with these animals is to run in a circle pattern. 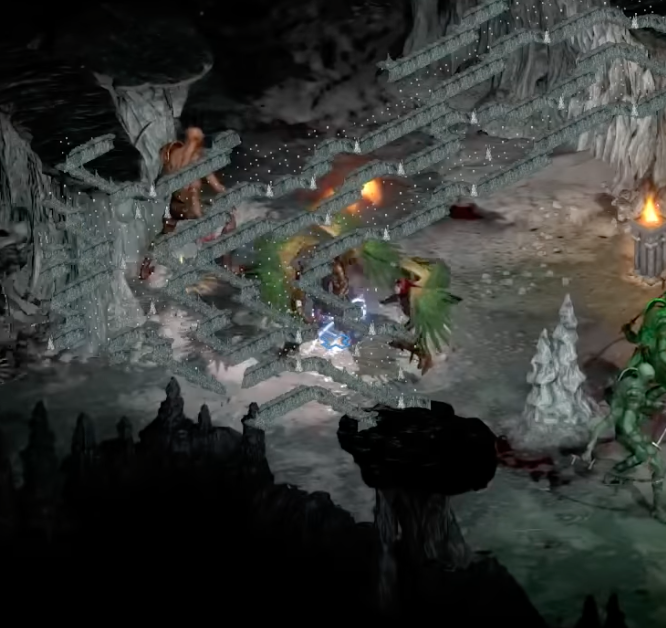 Players encountered these winged female demons in the first Diablo game, and they are even more difficult in Diablo 2. This is how a typical meeting with succubi goes. You'll first come across a group of them huddled together, at which point they'll start shooting magical globes at your character (which cause significant damage). Then, when you approach them to assault, they scatter. As you pursue one of them, the others will come to a halt and restart their attacks. The word annoying does not do this tactic justice. As if that wasn’t enough, most players don’t know their balls do physical damage which just makes them hit so much harder. 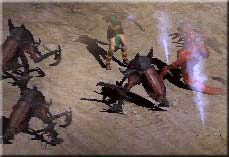 Most Diablo 2 gamers expected these creatures to appear somewhere on our list, but many would argue that they should be higher. These demonic scarabs move quickly, making it impossible to flee them when you're swamped. When hit and slain, they can emit charged bolts, which is their most powerful weapon. Charged bolts are little electrical discharges that fan out from the scarabs for the uninformed. While one of these bolts isn't particularly harmful, every swing of your weapon in melee will lead your character to be struck by a couple of them. If you don't have any electrical resistance, merely a few swings of your weapon will be enough to kill your character. Diablo gave these bipedal cows sentience, and they may be found in the Secret Cow Level. These bovines have a lot of hit points and can deal a lot of damage. The player's main redeeming grace is that they are not particularly quick on their feet. Running away from them isn't an issue, but because they cluster in large groups, it's possible (and easy) to corner your character. It's like facing a zombie apocalypse. These Hell Bovines start to develop some pretty good resistances to cold, fire, lightning, and physical damage at higher difficulty settings. 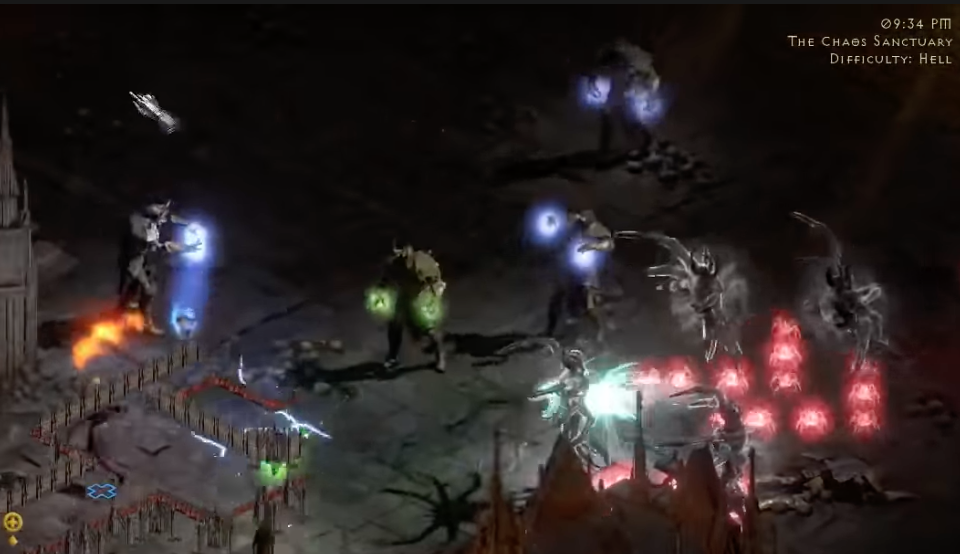 Doom Knights, Abyss Knights, and Oblivion Knights are the three types of knights in Diablo 2. All three are dangerous foes, but the spell-casting Oblivion Knights are the most dangerous. Some of the necromancer's spells are available to these undead spellcasters. Bone Spirit, Bone Armor, and Curse are among the spells they can cast. Bone Spirits are particularly aggravating because they will seek out their prey, making it difficult to avoid them. Physical strikes are deflected by their Bone Armor. The curse of an Oblivion Knight can weaken your resistances, increase your damage, and drain your character's vitality to heal the Oblivion Knight. 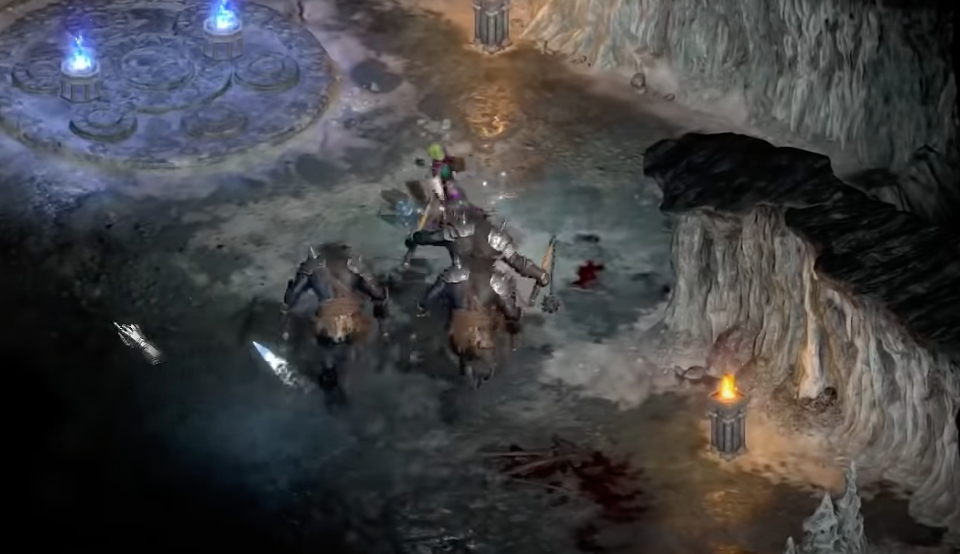 Death Lords have the ability to frenzy on top of their already extremely high damage. They are immune to physical damage and are quite tanky too. Once they gain frenzy they attack and run faster. You combine the two and you get one of the truly worst monsters to fight against, difficult to kill, easy to be chased down and killed by it. Not only that but recently been a bug recently where they sometimes don’t appear to swing and just stands next to you and the frenzy just grows on them and suddenly all your life will be gone and you’ll be dead. 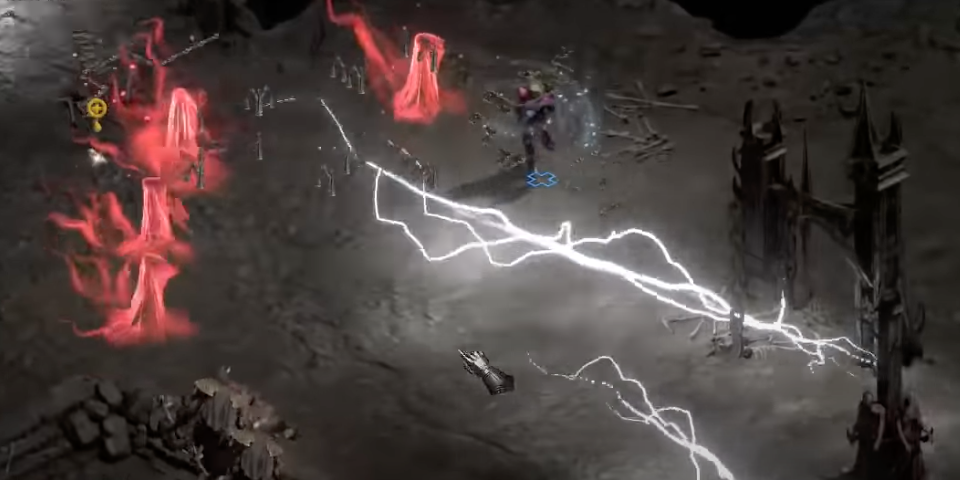 Even the most powerful character can be brought down in seconds by these floating clouds of mist. Willow Wisps come in three varieties, all of which fire lightning bolts at your player, and they frequently appear in groups. Due to a game fault that adds a player's physical attack damage to the lightning bolt, this huge barrage of lightning damage can soon kill a player with maximal lightning resistance (commonly referred to as lighting ropes). These bolts are too rapid and too lengthy to be dodged efficiently. At the higher difficulty settings, these animals also have exceptionally high resistances. Players' low hit point totals are the only thing that helps them.

These are Fetish variations, but comparing them to a goldfish is like comparing a goldfish to a shark. Many expert gamers will tell you that they can breeze through the game - until they come upon a horde of Stygian Dolls. What is it about these tiny devils that makes them so tough? To begin with, they are quick movers, so it takes them nearly no time to zero in on your character. Their physical attacks, on the other hand, are ridiculously powerful. However, it is their capacity to explode when slain that makes them so dangerous. This blast is powerful enough to destroy even the most powerful characters in full health.