POE
Undoubtedly, Path of Exile is one of the best Action Role-playing video games that come with a hack-and-slash twist. It supports both Single-player and Multiplayer modes, released by Grinding Gear Games for Multiple Platforms. Apart from that, the game puts the player in the role of his favorite character who embarks on a journey to navigate both massive areas and caves/dungeons from an overhead viewpoint. In this POE Leveling guide, we will show useful tips for fast POE leveling. 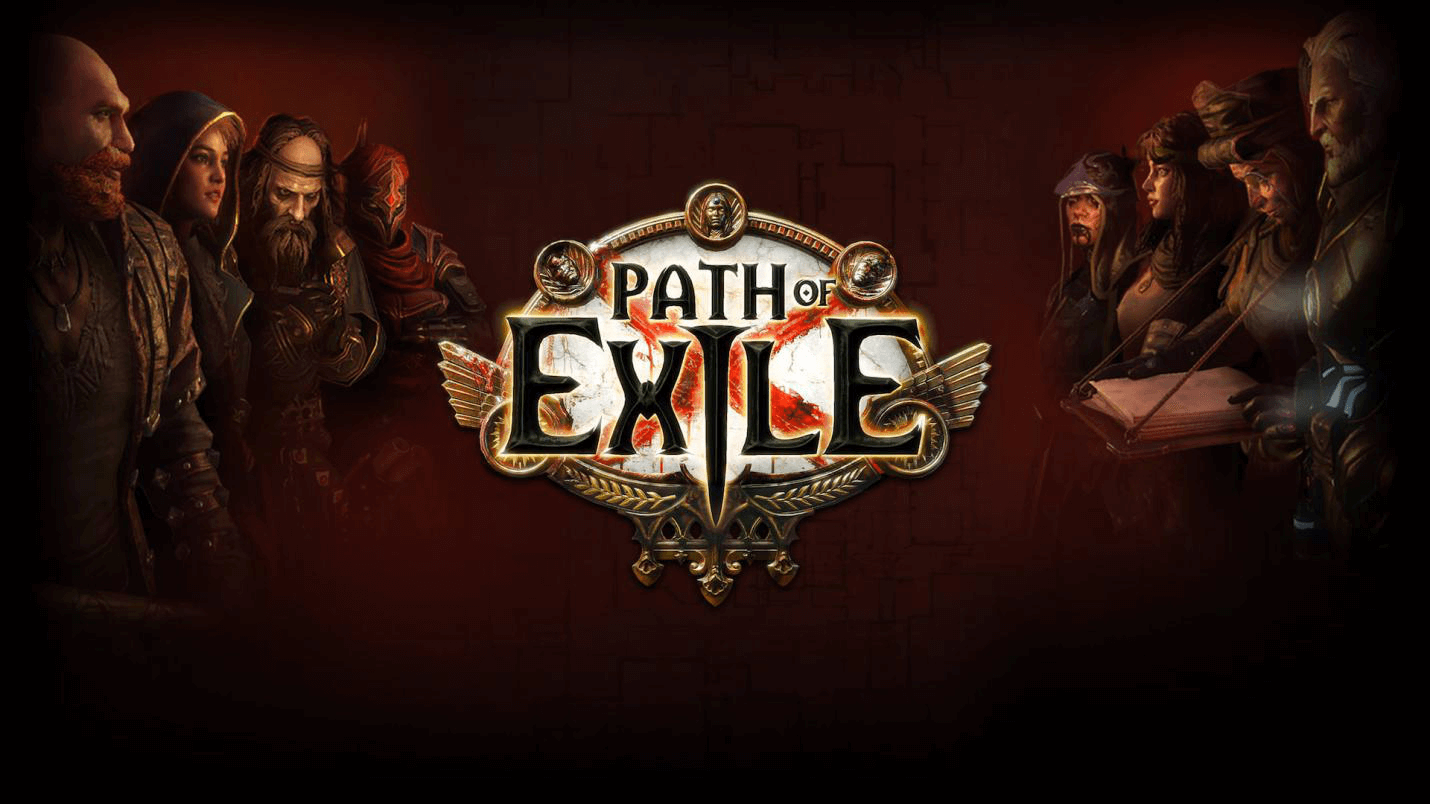 Moreover, lots of vicious monsters await you to kill, and when playing the game you may discover NPCs holding valuable information helpful for you to complete challenging quests. All maps are randomly generated and promise not two scenes will be the same. Different playable character classes are available; each one has a unique personality and abilities. There are three different leagues such as Standard, Hardcore, and Solo Self Found.

Although the POE leveling system is linear, the game doesn’t feature any place where you can stay to level up your character. However, we have some tricks that you can use to increase your experience and approach the conclusion faster than ever. For sure, you would be surprised to know how pro players could reach the high level with earlier hours of the league.

Indeed, you are curious to know how they can achieve over 70 levels on the first day of the league. Therefore, we jump in to help you achieve the high level you have ever wish to be. Read the “Path of Exile Leveling Guide” to learn how to enhance your POE fast Leveling. 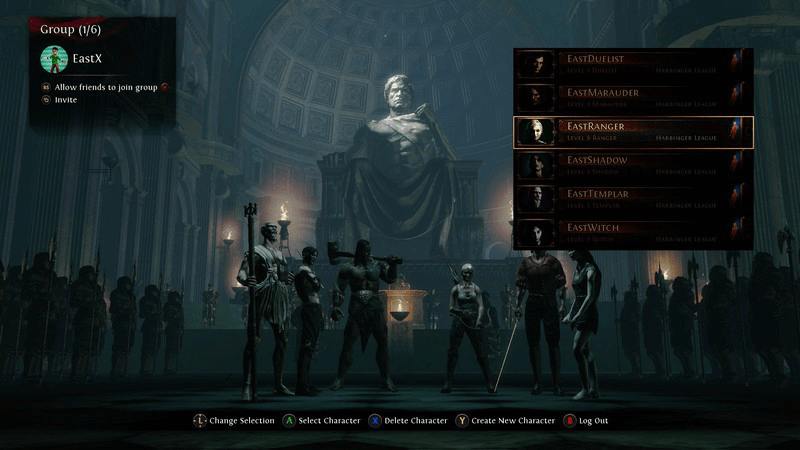 Whenever you start the game, you should keep in mind that your character speed does matter. Therefore, the game won’t give you access to Movement Speed abilities or other types of bonuses. After heading the very town time, you may reveal a Movement Speed in the Box. Similarly, your focus should be on finding Speed abilities to make your character faster than ever. So you can compete against others with no hassle.
Note: To collect Movement Speed Items, you should wait for monster drops or deal with NPCs.

Killing everyone isn’t a solution for POE leveling

At the very start, you are not supposed to kill everyone. This is because many hardcore players are also freely roaming across the land and won’t show any mercy after finding you. Your career may end up before starting. Therefore, we suggest you keep away from hardcore players and challenging enemies for a while until you collect proper equipment and achieve a high level.

When starting the game, you should leave all of your bombs and totems behind, and start making use of Quicksilver charges, and ensures two times there’s nothing that can stop you from running fast towards your destination. If you’re one of those players who aim to achieve a high level, then you should need these items as follows:
Both items can be achieved easily by slaying vicious monsters. Furthermore, you have an option to skip the monsters that make their appearance on your screen. 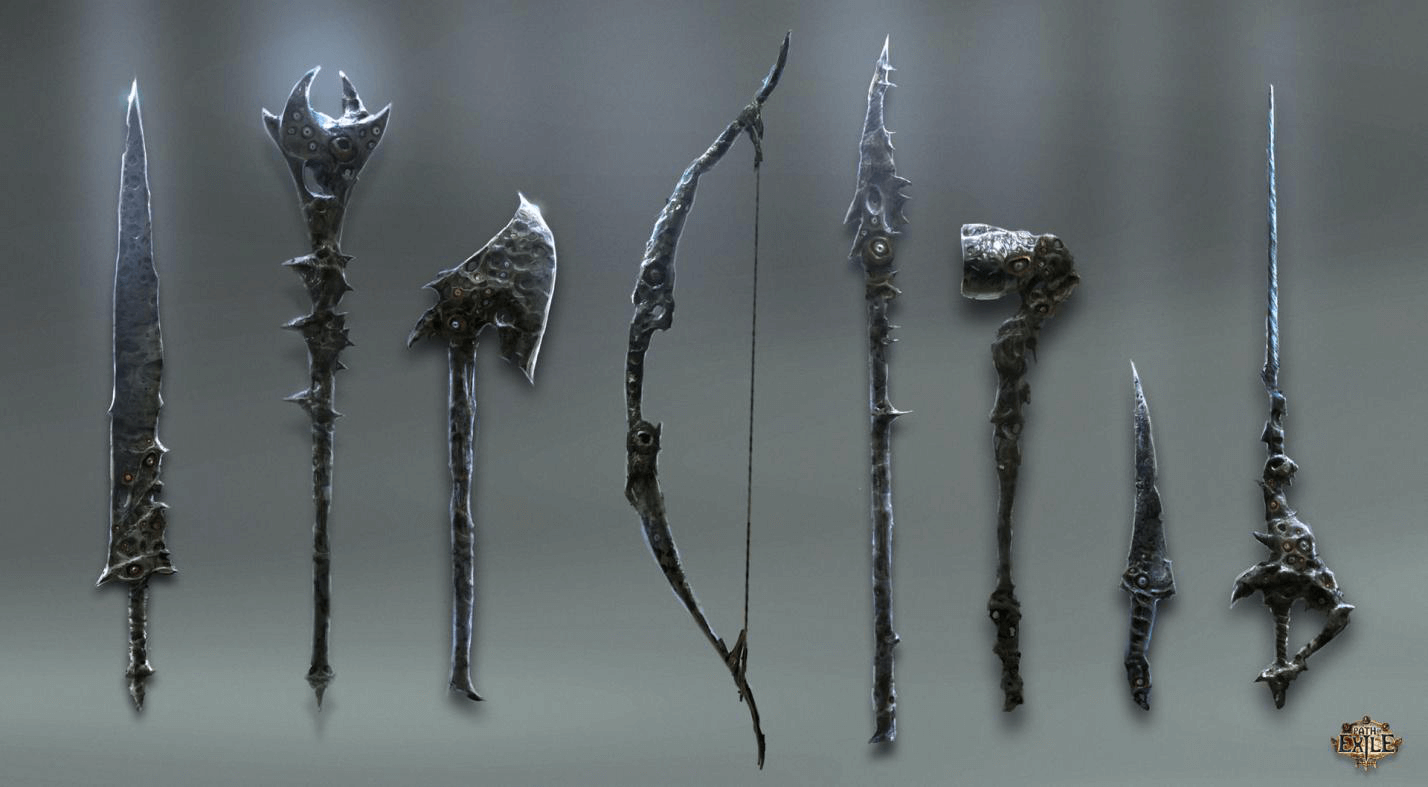 Explore the Map to get familiar with all locations

Having a better grip on the map is mandatory, as you should have an idea of where to go and what location you should explore for valuable items. During the gameplay, you have to keep your focus on learning the map layouts, to determine where zone exits are available. Whenever you start playing the game again, you will be happy to see that you have all information regarding the map you want.
Note: Start learning map layouts as they are mandatory to complete challenging objectives to proceed through the game speedily. 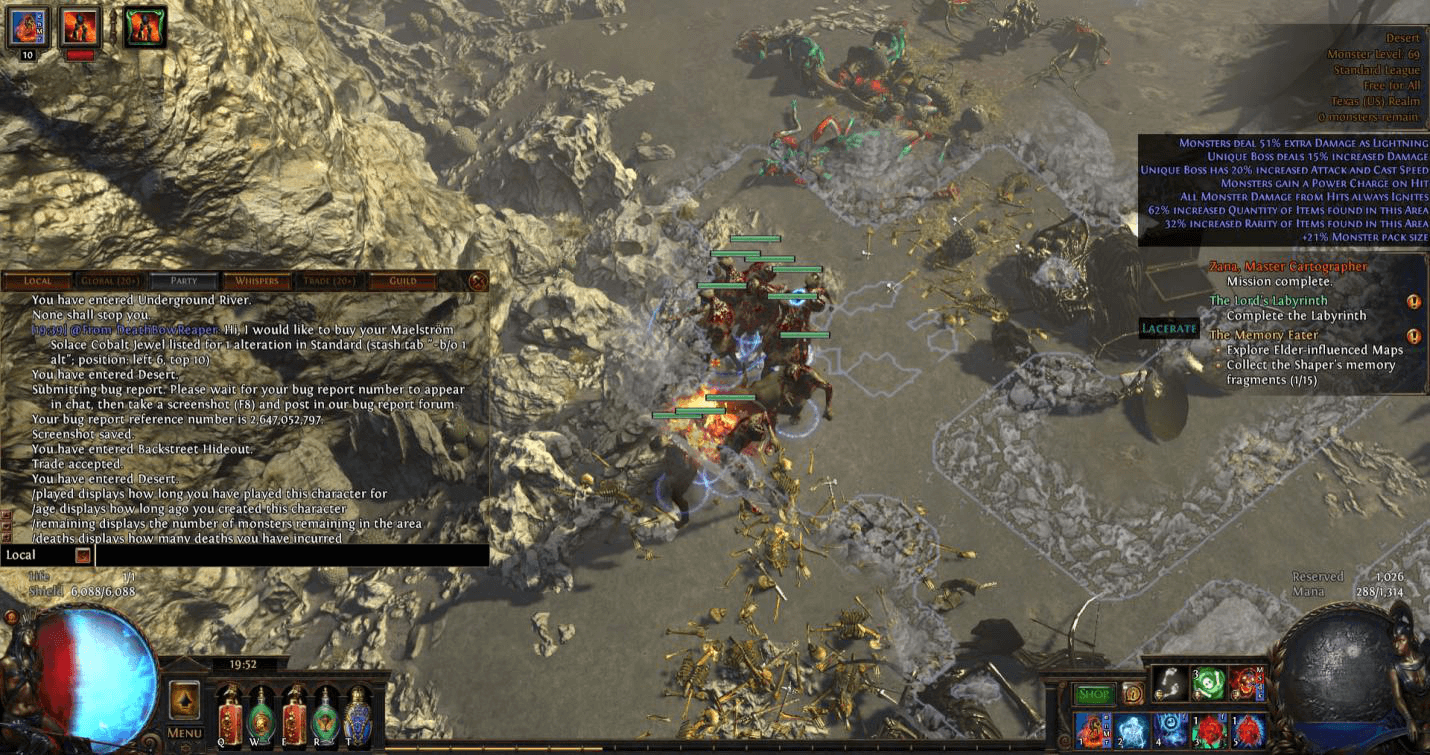 In Path of Exile, the build revolves around the targeted area of “Effect Skills.” The more powerful weapon you have, the more enemies you kill within a few clicks. Despite having powerful weapons, you may lose matches against bosses because of weapons’ AoE Capabilities. Therefore, you should select the weapons keeping both waves of monsters and bosses in mind.

Learn about Builds designed to level up your Character

For sure, you have heard about League Starter – they are PoE builds and specially designed for newbies who start their career from scratch and want to achieve a higher level of their character using the minimum resources. League Starter comes with an option of fast leveling. During the game, you can run the League Starter through the gameplay; but we suggest you leave totems and bombs behind you for fast progress. It would be great if you learn Passive Tree Builds to fulfill your dreams of achieving premium items.

You should learn about the Relog system that helps you teleport to the nearest city without any delay. It is one of the best tricks for those players who are new to the league. At the start, you have to leave the character selection are and hit the enter button. Following the said words, you may be teleported back to the city whenever you logout, and can rejoin the game after choosing your character one more time. 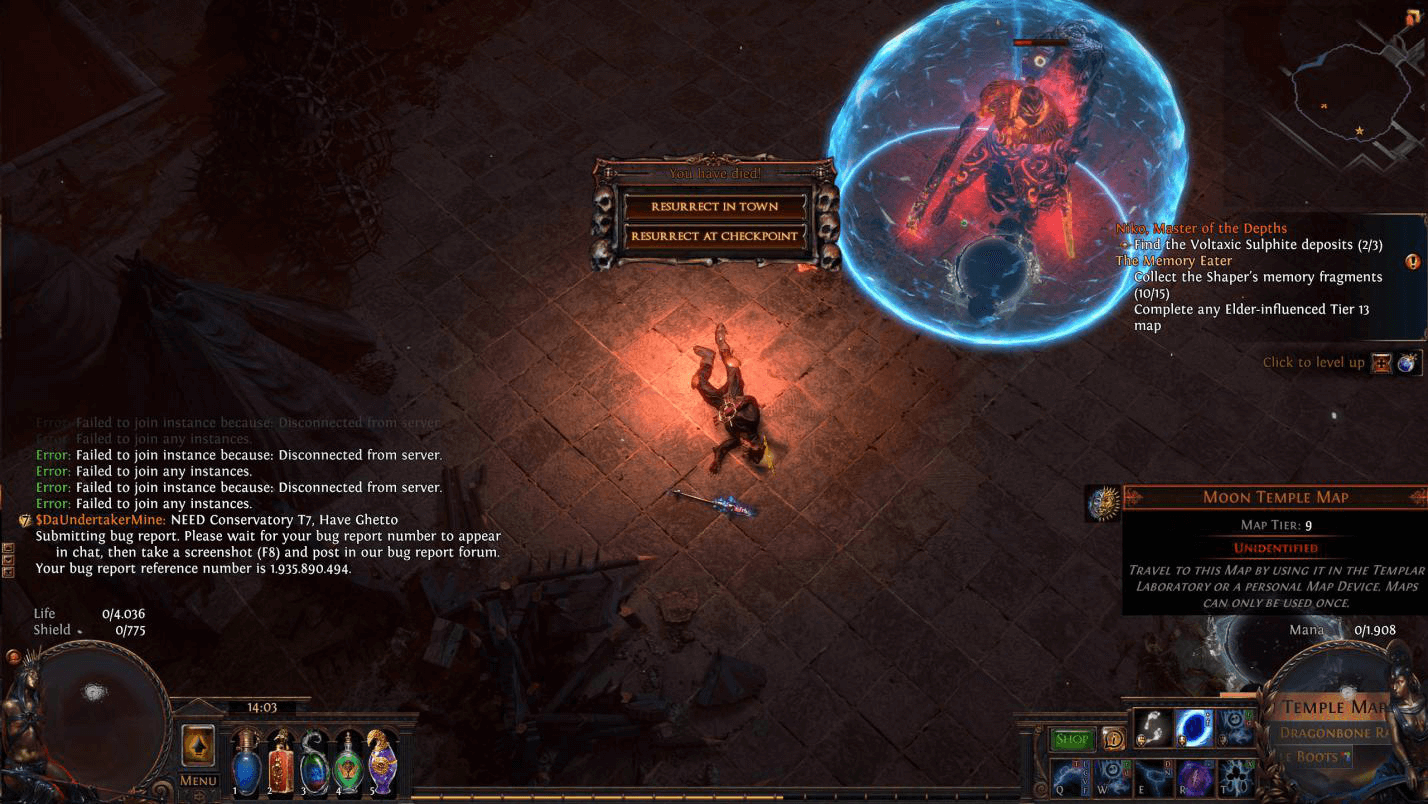 Choose the Correct Gear for your Character

In case the game fails to provide you specific items for fast leveling up early, then you should take a look at the list given below:
In the end, you should be familiar with PoE currency and no one can deny the importance of in-game money. You can earn PoE Currency either from in-game stores or different marketplaces like PVPBank (at a cheap price). PVPBank is a trustworthy website for hardcore fans of Path of Exile, and for those players who want to make their career in the game. The friendly user-interface gives you easy access to all features and 24/7 customer support service will never leave you until they confirm your problem gets resolved.

Conclusion
By following this POE leveling guide, you will gain more than you think. Purchasing items and premium stuff from in-game stores may put a massive dent in your pocket. Therefore, the majority of players prefer other marketplaces like PVPBank to buy POE Currency in a fully secured environment where you find better deals set by other players from across the world. Keep in mind that you can’t longer without having a stack of in-game currency because it helps you unlock the content you need to progress.