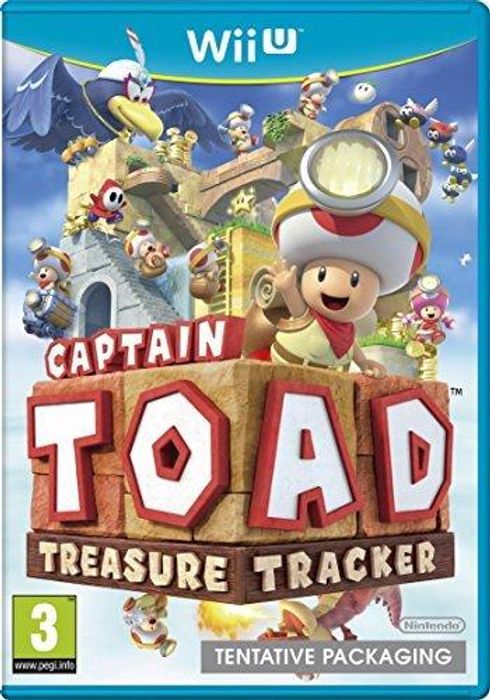 The intrepid Captain Toad sets off on his own adventure for the very first time through a wide variety of tricky, enemy-infested, maze-like stages to find hidden gems and nab elusive gold stars. The pink-pigtailed Toadette is also introduced as a second playable character in portions of the game. Unlike traditional video game heroes, Captain Toad and Toadette don't have any special powers – these tiny heroes can't even jump! Plus, they're terrified of just about everything, but face their adventures head on. Armed with headlights and a can-do attitude, they must make their way through enemy-infested locales like Wild West shanties and Goomba waterparks; each location is bursting with puzzles to solve and secrets to unearth.

Equipped with nothing more than a neck scarf, backpack, and oversized head lamp, Captain Toad finds hidden gems, coins, and power-ups on his way to the gold star at the end of each tricky, trap-filled stage. Captain Toad isn't particularly fast or strong, he can't jump, and he has no super powers; but he knows that sometimes it's all about wits and perspective. Twist the camera to reveal hidden locations and other secrets. The Wii U GamePad offers a closer view of the dangers and hidden items in each maze, and its gyro controls can also be used to peer around. Captain Toad's world is brimming with life, with dangerous enemies, tricky platforms, nasty traps, and secrets to uncover. Each stage is its own puzzle to solve, and littered throughout are hidden items in hard-to-reach places. Can you help our tiny adventurer survive to find them all?